Published: Jun 14, 2017 by Cisco Channel Filed under: Copper Networking - 332 Views
When talking about cable pinouts we often get questions as to the difference in Straight-through, Crossover, and Rollover wiring of cables and the intended use for each type of cable. These terms are referring to the way the cables are wired (which pin on one end is connected to which pin on the other end). Below we will try shed some light on this commonly confused subject. 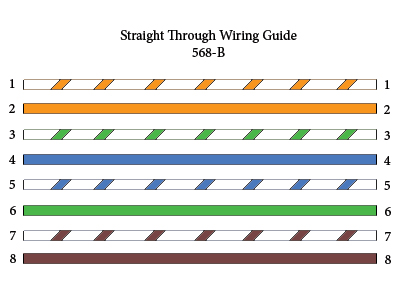 Crossover wired cables (commonly called crossover cables) are very much like Straight-Through cables with the exception that TX and RX lines are crossed (they are at opposite positions on either end of the cable. Using the 568-B standard as an example below you will see that Pin 1 on connector A goes to Pin 3 on connector B. Pin 2 on connector A goes to Pin 6 on connector B etc. Crossover cables are most commonly used to connect two hosts directly. Examples would be connecting a computer directly to another computer, connecting a switch directly to another switch, or connecting a router to a router.Note: While in the past when connecting two host devices directly a crossover cable was required. Now days most devices have auto sensing technology that detects the cable and device and crosses pairs when needed. 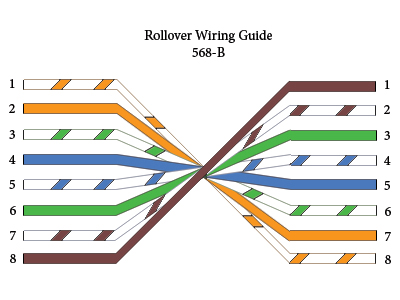 Cisco Channel
Cisco (NASDAQ: CSCO) Cisco is the worldwide leader in IT that helps companies seize the opportunities of tomorrow by proving that amazing things can happen when you connect the previously unconnec...
Tags: Straight-through wiring, Crossover wiring, Rollover Wiring